Warriors of Peace explores the post-conflict experiences and struggles of women who played frontline roles as combatants in recent wars, and who, since ceasefire, have not only had to struggle for justice, compensation, equal rights and recognition, but also for their dignity, honor, and their idea of womanhood. 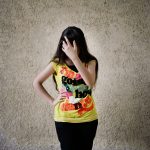 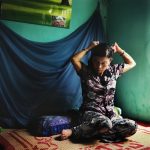 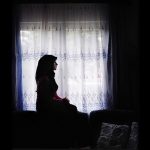 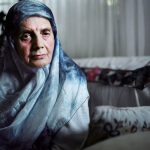 Elizabeth D. Herman is a Boston-born freelance photographer and researcher currently based in Brooklyn, New York. She graduated from Tufts University with a B.A. in Political Science and Economics in 2010.

Elizabeth was active in the Institute for Global Leadership’s photojournalism program, [EXPOSURE], and now serves on the Student Advisory Board of the Institute’s new Program for Narrative and Documentary Practice, founded and directed by Gary Knight. Her work has been exhibited in a number of group shows in Boston, New York, and DC, as well as at a solo show at Shadhona Studios in Dhaka, Bangladesh.

Her research and photography have been featured in The New York Times, GlobalPost, The Daily Beast, The Independent (Bangladesh), Warscapes,  FotoVisura, and on National Public Radio’s “All Things Considered,” and her images from Bangladesh are to be published in the forthcoming book by the Aftermath Project, War Is Only Half the Story, Volume V.  Elizabeth runs a blog focusing on the importance of narrative and language entitled “The Stories We Tell”.

To view more of Elizabeth’s work go to  http://elizabethdherman.com/.