In the Land of Blood and Honey

PCRC began its cooperation with Actress, Director and UNHCR Special Envoy Angelina Jolie in the winter of 2010 when PCRC was asked to serve a research consultancy role for her film In the Land of Blood and Honey. PCRC was first tasked with utilizing its network of war victims’ associations and non-government organizations to compile statistical data and provide necessary contextual information and details regarding events depicted in the film.

In December 2011, PCRC organized the first private screening of the film in Sarajevo for 16 victim’s associations representing all BiH constituent ethnic groups. Following positive feedback from the victim’s associations, the film was approved for official release and in February of 2012 PCRC and the Obala Art Center (organizers of the Sarajevo Film Festival) organized and co-hosted the film’s premiere in Sarajevo. PCRC was responsible for the distribution of Jolie’s personal donation of 2,100 tickets to NGOs, youth organizations, war victim’s associations, universities, activists, and international organizations and embassies as well as the coordination of a private meeting between Jolie, and victims of sexual violence. PCRC continues to organize screenings of the film for student groups throughout the country in an attempt to further catalyze the discussion surrounding survivors’ rights. 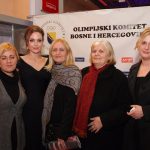 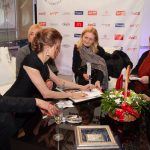 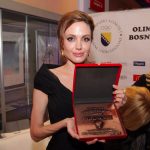